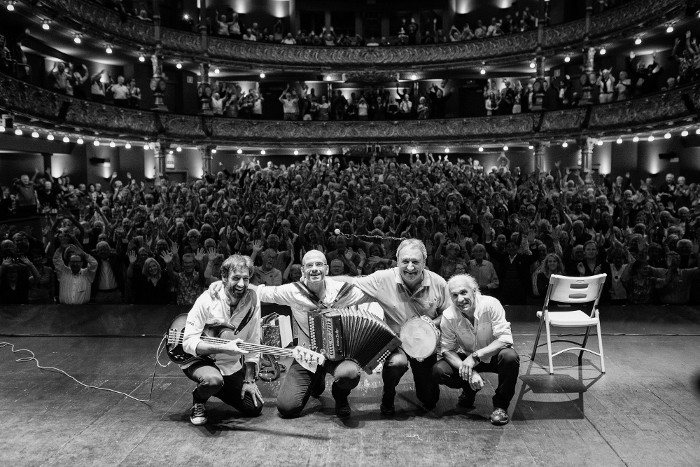 The folk music band Korrontzi (Basque Country, 2004) was formed by the interpreter of trikitixa (Basque diatonic accordion) Agus Barandiaran. His objective, when forming the band, was to give to the Basque popular music, and also to the ancestral and traditional sounds of his land, a more modern and contemporary look, but always from the perspective of a music based on the trikitixa and other traditional instruments such as the txalaparta or the alboka, without ever forgetting the absolute respect to all the tradition that had received from his first teacher, the old trikitixa player Rufino Arrola (1909 – 1996).

To achieve this new sonority, he surrounded himself with more modern musical styles and had the help and union of instruments such as mandolin, electric bass, double bass or percussion.

During these years, Korrontzi has taken his culture, language, dance and music all over the world, playing in great festivals and visiting many countries, such as: Belgium, USA, Romania, Cape Verde, Ireland, Brazil, Malaysia, Scotland, Holland, Greece, Italy, Canada, Hungary, Portugal, England, Cyprus, Morocco, Germany, Croatia, Slovenia, Austria, Czech Republic… and has been awarded prizes and mentions such as “World Music Charts” in 2014, 2015, 2016 and 2019, “Top100 Roots Music Report (2015)”, “Womex Official
Selection (2014)”, “Best European Band, Eurofolk (2009)” and “Best Band of the Peninsula, Navelgas (2007)”; moreover, his latest work (“Koplariak”, 2020) comes in strong, entering the top positions of the selections of the magazines “Mondo Sonoro” and “Diariofolk” among the best of the year.

Summarizing, Korrontzi is a Basque music group that leaves no one indifferent, it ́s a showcase from an entire culture, which with the strength and energy of its lives transmit sounds and dances rooted in antiquity, as well as the new trends of folk. Korrontzi is a traditional fiesta of Basque music and dance with an avant-garde vision. Colors and landscapes of the Basque Country.

In addition to numerous collaborations with his trikitixa in different recording works of artists
from around the world, and the participation and production of the film “Basque Selfie” (2018) selected for the San Sebastian International Film Festival in the 2018 edition, and which narrates the experiences and trajectory of the leader of the group Agus Barandiaran. 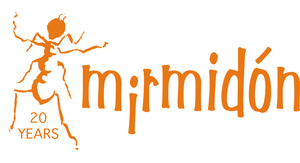